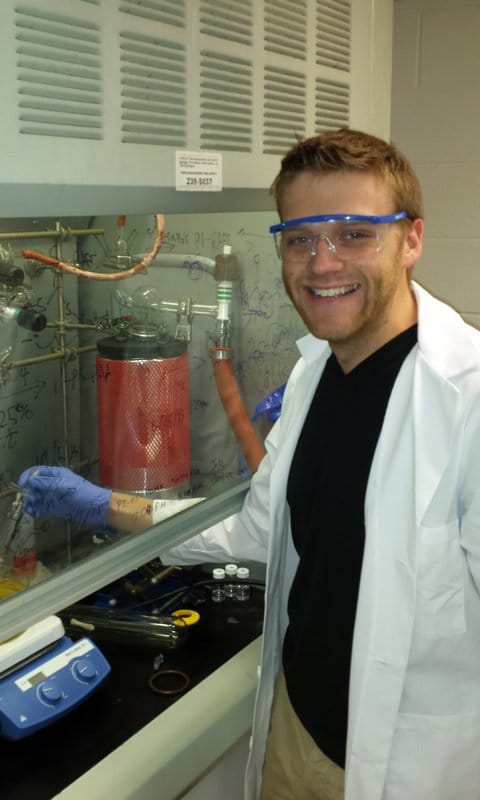 Mark Summe said his motivation to enter the science research field was originally fueled by “a desire to drastically change the world.” This desire, he says, was transformed during his time as an undergraduate studying chemistry and mathematical science at Franciscan University of Steubenville.“We need faithful Catholics to be a part of science to sway the vote back to real, empirical science that seeks to integrate faith and reason, not separate it,” he says.Now studying chemical engineering at the University of Notre Dame, Mark says his undergraduate career at Franciscan taught him to see a bigger picture.

Mark says that his academic career was supplemented by many experiences from his participation in various activities. He joined a household, played and coached intramural sports, and also took advantage of one Franciscan’s many spring break mission trips, traveling to Belize the spring of his senior year.

“It was in Belize that I realized what these people were really hungry for, thirsting for, and dying for was love,” he says. “I learned in Belize that our success is not measured by how many papers we publish, how many honors we achieve, or the number of buildings with our name on them, but rather it is measured by the number of hearts we mend, smiles we raise, and hands we lead to Him.”

“My experiences at Franciscan that had the greatest impact on my life were the simple ones that I can’t really quantify,” he says. “A lot of my friends were not chemistry majors, but what we had in common was far more important because we each saw faith as being the most important thing.”

Mark says he isn’t sure what he would like to do after graduate school, but he is interested in both work within the chemical engineering industry, as well as teaching at the university level.

“I’ve always loved the idea of teaching,” he says. “I don’t like the culture of research and academia, but teaching affords the great opportunity to reach out to students and inspire the next generation. At big research schools, it’s hard to do that. It’s all about people for me.”