With an engineering degree through Franciscan University, you’ll learn from faculty who have graduated from some of the nation’s most prestigious universities. These expert teachers and researchers integrate Catholic faith and reason into all of your classes, helping you discover — and answer — God’s call for your life. They’ll also connect you with research and internships that could lead to top jobs in engineering.

Here are just a few other ways Franciscan’s engineering bachelor’s degree program stands out from the rest:

What Can You Do With an Engineering Degree?

Engineering majors at Franciscan University in Ohio receive the hands-on research and internship opportunities that many private and public universities look for when admitting students to their graduate programs. Graduates of the engineering degree program at Franciscan also have great success in securing engineering jobs even before they’ve graduated.

Partners in the Franciscan Way

The University of Notre Dame College of Engineering inspires students to become innovators for the “greater good.” Combining technical inquiry with a creative bent, Notre Dame challenges its students to view their role as future engineers in a manner “consistent with our Catholic mission.” Discover what sets Notre Dame apart as one of the United States’ premiere engineering schools when you choose your degree in aerospace, chemical, civil, or mechanical engineering. You will take courses only from professional faculty and get the chance for hands-on research alongside faculty and graduate students who are world renowned for their work. You will gain invaluable experience from Notre Dame’s engineers as they pioneer solutions in the fight against cancer, the quest for renewable energy, the next generation of communications technology, and many other fields. Nearly all students—98 percent—pass the Fundamentals of Engineering Exam, and nearly 70 percent of students choose full-time employment upon graduation, while the rest opt for graduate school, military careers, or service programs.

Discover the difference you can make by entering Notre Dame with the advantage of a Franciscan education. You will complete Franciscan’s rigorous mathematics, science, pre-engineering, and liberal arts courses in three years, earning a cumulative grade-point average of at least 3.6 and a cumulative technical grade-point average of at least 3.6 on a 4.0 scale, before transferring into Notre Dame’s civil, aerospace, or mechanical engineering program for the next two years. The technical GPA will be calculated from math, physics, science and engineering courses appearing on the student’s transcript. Upon completing the 3+2 program, students earn a BS in math from Franciscan and then a BS in either aerospace, chemical, civil, or mechanical engineering from Notre Dame.

Should your interests take you in the direction of chemical engineering, you’ll have the opportunity to enroll in our 3+2 program, where, after the successful completion of three years of Franciscan’s core curriculum, including rigorous chemistry courses, you’ll transfer into Notre Dame’s Chemical Engineering Program. Students on this track earn a bachelor of science in math from Franciscan and then a bachelor of science in chemical engineering from Notre Dame.

The Catholic University of America encourages its students to think creatively about engineering, putting a premium on equipping students to solve problems of national and social interest. The CUA School of Engineering is known nationally as a high-quality research institution, with annual funding of over $4 million and a constant flow of doctoral students. With a projected full-time faculty count of 45 by 2017, the School of Engineering offers personalized research and career training opportunities, With small class sizes, state-of-the-art facilities, and partnerships with several government agencies, such as the National Institutes for Health, the CUA School of Engineering will prepare you for an career in biomedical, civil, electrical, or mechanical engineering. You will complete Franciscan’s rigorous mathematics, science, pre-engineering, and liberal arts courses in two years, earning a 3.2 GPA or higher, before transferring into CUA’s biomedical, civil, electrical, or mechanical engineering program for the next two years. Upon completing the 2+2 program, students earn an associate degree from Franciscan and then a BS in either biomedical, civil, electrical, or mechanical engineering from CUA.

Named one of U.S. News & World Report’s “Best Undergraduate Engineering Programs,” Gannon University prepares its engineering students to take the lead in developing tomorrow’s economy. You will master your skills, learning with an outstanding faculty, a cutting-edge curriculum, and advanced laboratories—all of which foster a spirit of innovation and entrepreneurship. Graduates have landed careers at premiere companies such as General Electric and Bayer Corporation, or have pursued advanced degrees at prestigious institutions such as Caltech, Harvard, MIT, and more.

Discover the difference you can make by entering Gannon with the advantage of a Franciscan education. Once you complete Franciscan’s rigorous mathematics, science, pre-engineering, and liberal arts courses, earning a 3.0 GPA or higher, you can transfer to Gannon’s Engineering Program. Students earn an associate degree from Franciscan and then a BS in biomedical, electrical (electrical and electronics or computer options), environmental, mechanical, or software engineering from Gannon.

From the Summer 2013 issue of Franciscan Way Magazine

“At Franciscan University, we aggressively strive to raise our level of academic excellence, so we’re excited that the new engineering major will draw more top students to the University,” says Dr. Daniel Kempton, vice president for Academic Affairs. “Here, they will not only take fundamental courses for the engineering degree but the faithful Catholic theology and philosophy courses for which Franciscan is so well known.”

Kempton also notes that “students who successfully complete our requirements will then enjoy guaranteed admission” into engineering programs at the partner universities.

The 3+2 Engineering Dual Degree Program with Notre Dame in civil, mechanical, or aerospace engineering requires three years at Franciscan and then two years at Notre Dame’s School of Engineering. Students finish with a bachelor’s degree from each university.

The 2+2 Engineering Dual Degree Program gives students two years at Franciscan and two years at Gannon or Pittsburgh. Through the program with Gannon, students earn an associate degree from Franciscan and a bachelor of science in biomedical, electrical, computer, environmental, mechanical, or software engineering from Gannon.

Joel Recznik MA ’87, vice president of Enrollment, explains that Franciscan’s engineering students can have the best of both worlds.

“They will begin their engineering studies with an experience of Franciscan’s excellent academics, vibrant student life, and faith-filled culture. With that solid foundation, they can easily transfer into cutting-edge engineering programs at Notre Dame, Gannon, or Dayton.”

Recznik says engineering was the number one major sought by prospective students that was not previously offered among Franciscan’s 41 undergraduate majors.

“We want to be of service to the Church and the world. With so many students looking for a degree in engineering, we decided to create the 3+2 and 2+2 Engineering Dual Degree Program by partnering with established Catholic institutions that are accredited by the Accreditation Board for Engineering and Technology—the gold standard of engineering accreditation—and that have programs recognized for excellence by U.S. News & World Report,” Recznik says.

The University of Notre Dame College of Engineering, he points out, has earned a reputation as one of the premiere engineering schools in the United States with close to 98 percent of its engineering students passing the Fundamentals of Engineering Exam, far above the 74 percent national average.

“Building on the academic and faith formation at Franciscan University and the engineering strengths of our partner schools, our graduates will be uniquely prepared to help meet the growing demand for engineers in the United States,” Recznik says. “Whether they start careers at General Electric, Bayer Corporation, or other noteworthy companies, or they seek higher degrees at Caltech, Harvard, or MIT, they will bring the competitive advantage of a Franciscan education united in faith and reason.”

For more information, contact the Admissions Office: admissions@franciscan.edu or 1-800-783-6220

View the Engineering Program on the Undergraduate Catalog 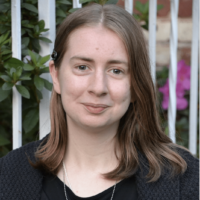 Choosing Franciscan University’s dual-degree Engineering Program was an obvious choice for Brigid Kelly. “With interests in architecture, construction, and mathematics, I wanted to make sure I applied those skills in…
END_OF_DOCUMENT_TOKEN_TO_BE_REPLACED 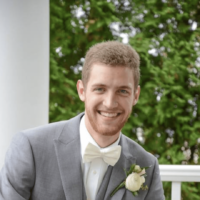 Stephen Babcock has a passion for problem solving. As a manufacturing engineer for Hoosier Spring Co., Stephen helps reduce variation and waste in the aerospace and nuclear technology industries.
END_OF_DOCUMENT_TOKEN_TO_BE_REPLACED 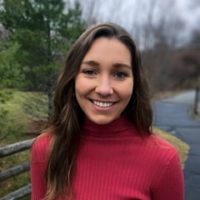 Olivia Janney ’17 Mathematics and Engineering From the beginning of her time at Franciscan University, Olivia Janney’s professors stressed the importance of internships in her field. After several internships throughout…
END_OF_DOCUMENT_TOKEN_TO_BE_REPLACED 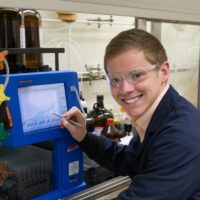 “The professors at Franciscan really went out of their way to ensure that I was exposed to multiple research opportunities, not only at Franciscan, but also all over the world.…
END_OF_DOCUMENT_TOKEN_TO_BE_REPLACED 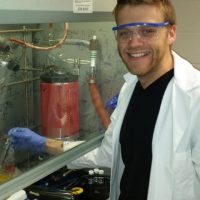 Mark Summe said his motivation to enter the science research field was originally fueled by “a desire to drastically change the world.” This desire, he says, was transformed during his…
END_OF_DOCUMENT_TOKEN_TO_BE_REPLACED

Beyond the Classroom
Engineering Degree Projects

Prepare for presenting at national conferences and strengthen your graduate school application by presenting your engineering projects at the annual Franciscan Gallery of Research, Artistry, and Community Engagement (GRACE). Past projects presented at GRACE by engineering students include a robotic arm and a walking robot.

Through the 3+2 dual degree engineering program at Franciscan you’ll have the opportunity to spend a semester studying abroad in Austria. Join about 200 students from Franciscan and other private and public universities for this life-changing experience. You’ll live and study in a 14th-century monastery, taking a variety of courses taught by Franciscan professors, then spend long weekends exploring Europe.

Learn More
Programs Related to the Bachelor’s in Engineering 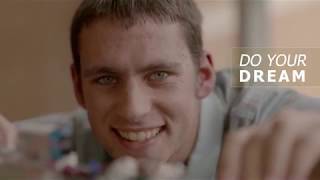 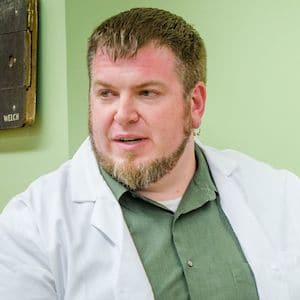 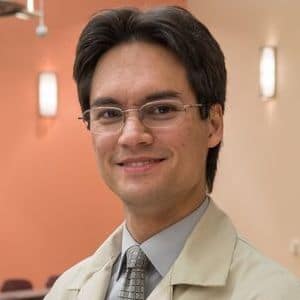 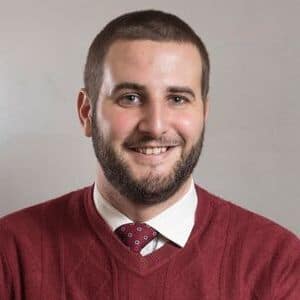